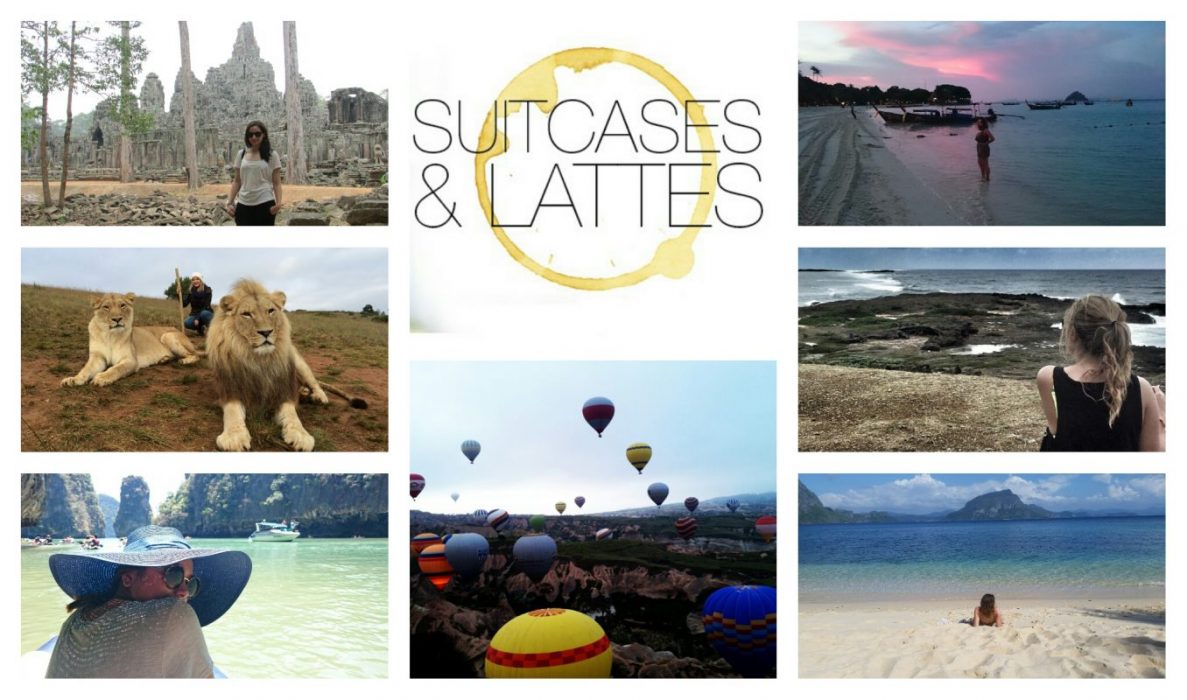 It was our first time going to Cambodia and we were a bit apprehensive about traveling without a tour group. Our fears were completely unjustified, Siem Reap is a small town and it’s really easy to get around, explore and fall in love with.

Siem Reap has an energy that’s difficult to describe. It’s a sleepy town during the day but buzzes with activity at night. Most of the buildings look new and there’s a great deal of construction underway, showing that the town is on an upward swing. Many well traveled tourists complain that the town is starting to become too “touristy”. A word which I hate. Things become touristy because they are generally worth seeing and Siem Reap is no exception. Actually, it is pretty exceptional.

So why did we add Siem Reap to our itinerary? For the temples of course! The almost 900 year old temples are truly a sight to behold and if they’re not already on your bucket list – I hope this post will convince you to put them on there.

Angkor Wat is a massive temple complex and is (impressively) the largest religious monument in the world [1]. It’s beyond comprehension that humans were capable of building such enormous and majestic structures, with the primitive tools they possessed in the 12th century. Ta Prohm was our favourite temple complex. It was built in a jungle and over the centuries, the jungle has attempted to reclaim it. The jungle has to a large degree succeeded, with enormous strangler trees growing in, around and through the building. It has such a surreal mystique that you cannot help but be awestruck by it. There are literally dozens of temples around Siem Reap and it would probably take weeks to see and appreciate them all, but we did what we could in our short 4 nights there.

We were there in March which is well within dry season with temperatures averaging 35 degrees Celsius (real feel is around 40 degrees with the humidity). We’ve never experienced heat like that before. Walking out of the hotel, you’re hit with overwhelmingly sticky heat. I’m generally a cold person but within a few minutes in the midday sun, I was wet with perspiration and, hello, I’m from Africa! The poor Europeans were walking around with see-through (sweat stained) shirts and towels. It is vitally important to stay hydrated when viewing the temples as most of them are not shaded from the midday sun. So plan your tours thoroughly, start early because by 11am it is scorching. Go back into town lunch time to take a swim or shower and a nap as it is easy to lose appreciation for the sights when you feel like you are about to faint. 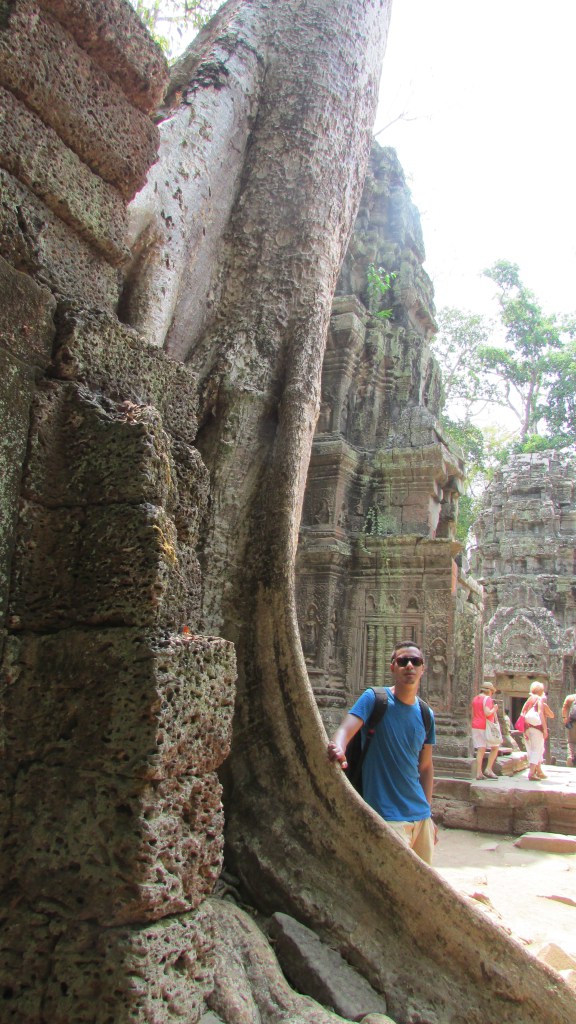 The town itself is also pretty interesting. It’s a combination of old “Khmer” (Cambodian) culture with some quaint French influences here and there. They have adorable patisseries, some dodgy local eateries, and some upmarket restaurants. Thankfully there are 4 or 5 Halal restaurants, mostly Indian food but as long as you can eat, it’s all good.

Siem Reap is still pretty far from being considered “westernized” with the only major food outlet in the town being KFC. So no Starbucks or MaccyDs if you are craving it. There is no real mall. There was a “mall” right next door to our hotel but it is definitely not a shopping destination. More of a supermarket with a few floors or eateries. Not that I’m complaining- this is a place “to get away from it all“.

Siem Reap (and the capital Phnom Phen) use the US Dollar as their trading currency. Their own currency is about 3000 to 1 USD. Taking into account that the Rand is almost 11 to the USD, things are not that cheap compared to home. You can almost buy nothing for less than 1USD, so even an ice-cream or coffee costs around 3USD. My husband was craving chips and we bought some at the supermarket for $2.50, which is ridiculous. A man at the airport bought 2 x 500ml bottles of water for 4USD. So, their finances seemed a bit warped to me for one of the poorest countries in the world. Thailand still works out cheaper. I’m not saying it is European prices, but South Africa is generally cheaper for foodstuff.

The driving! I have never seen such chilled-out drivers. If a tuk-tuk cut in in front of a car back home, there would definitely be road rage incidents. In Siem Reap, anything goes. Cut in and the oncoming car slows down. But it can be scary to be on the road. They clearly have their own code of conduct but it doesn’t conform to our general rules of the road so if you are a foreigner, don’t drive. Tuk-tuks are USD1-2. Besides, they drive on the right side of the road as opposed to rest of Asia.

Pub Street and the Old Night Market buzzes seven days a week. People tend to go out more at night when the heat is bearable. Pub Street is definitely not a party street like Bang-La in Phuket, it is a walking street filled with bars and restaurants with music playing from every venue. It has a lovely energy, filled with people just relaxing (and drinking) and enjoying the atmosphere.

The people in Siem Reap are lovely. Yes, they too generally see tourists as walking wallets but they are not as aggressive as in some areas of South-East Asia. If you ask the price of something, vendors don’t generally run after you if you turn them down. Their hospitality industry is definitely top notch and they know the value of the tourists – I haven’t come across more helpful and friendly hotel staff.

So, will I visit Siem Reap again? I absolutely loved it and I am glad that I can scratch it off my bucket list. I experienced what I wanted to and loved every moment of it so if I never visit again, I was fulfilled by my experience. Siem Reap is a wonderful place to visit, if you are in South East Asia, do make an effort to see it.